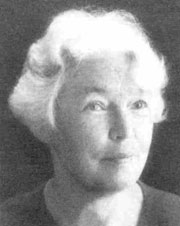 Dr. Evelyn Bateman Dr. Evelyn Bateman served as anesthetist-in-chief at Women's College Hospital from 1956 - 1972. During her tenure, residents and interns were trained in anesthetics at Women's College Hospital (full affiliation of the department of anesthesia with the University of Toronto came in 1969). The surgical suite had a modern recovery room. There was an anesthetist in the hospital at all times to deal with emergency surgery and obstetrical complications. At that time, Dr. Bateman and Dr. Hilda Roberts published numerous scientific papers about clinical anesthesia for operations and for obstetrics.

The Dr. Evelyn Bateman Award is awarded in recognition of excellence in anesthesia at the undergraduate level.